Lumber prices have skyrocketed since mid-April, rising 130% and increasing the cost of a single-family home by more than $16,000. NAHB continues to advocate for solutions, but they may not come fast enough for prospective home owners who now find themselves scrambling for alternatives as a result of these skyrocketing prices.

Lumber prices have skyrocketed since mid-April, rising 130% and increasing the cost of a single-family home by more than $16,000. NAHB continues to advocate for increased production to ease the supply shortage and engaging Canada in trade discussions to remove the tariffs on Canadian lumber shipments. But solutions may not come fast enough for prospective home owners who now find themselves scrambling to find alternatives amidst these skyrocketing prices. 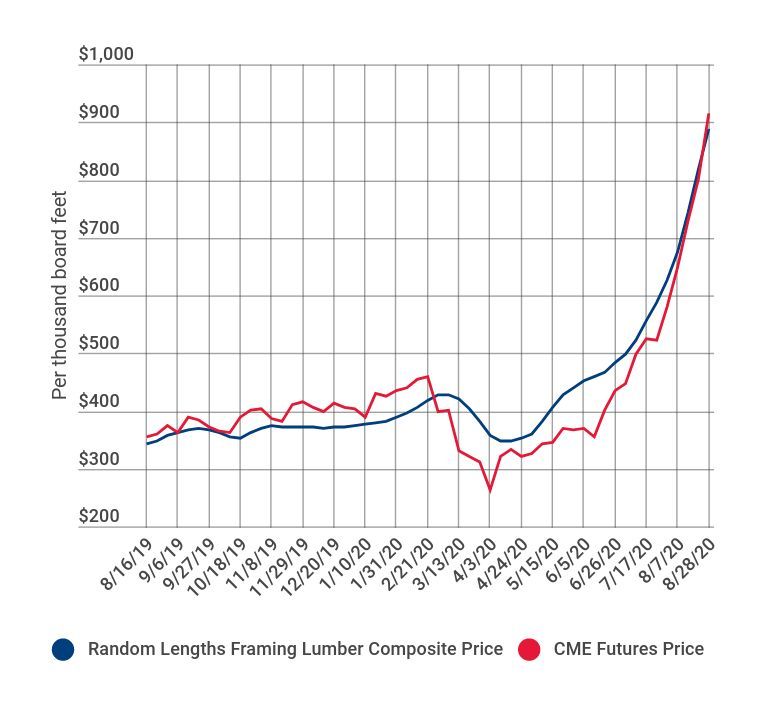 John and Teri Goldsmith began the process for building their retirement home in Eastern Tennessee, outside of Knoxville, in February 2020. Their plans were quickly put on hold, however, as the COVID-19 pandemic swept the country because they were afraid they would not be able to sell their current home.

As the market began to pick up, so did the Goldsmiths' hopes of building their dream retirement home. After successfully selling their home at the end of July, the couple settled into a rental property and quickly got to work. Having secured a contractor, qualified for a construction loan and received approval from the architectural committee at their property owners' association (POA), they were ready to break ground in early October.

On Aug. 31, however, the Goldsmiths were faced with yet another challenge. They received an unexpected call from their builder, who — while pricing another project — regretfully informed them that the price of lumber had gone up 100% since the last time he had priced it for them. Both the Goldsmiths and the builder were blindsided by the exponential cost increases, which may now make it impossible for them to complete the process.

John and Teri have begun to research alternatives, including different building methods that may use less materials. But they're concerned the price increases in lumber have expanded to other building materials as well. With no end in sight to the price increases, waiting also becomes a challenge, as the couple is bound to the construction timeline set by the POA, which requires the Goldsmiths to break ground within 45 days of receiving approval and one year to complete the project or face penalties.

The Goldsmiths have been working hard with their contractor on a Plan B because they have already invested $15,000 in permit fees and $10,000 in contractor deposits. This “discovery phase,” as John called it, has made planning difficult, as there are still many unknowns out there. But they're hoping there is light at the end of the tunnel.

The Home Builders Association of Kentucky (HBAK) is a voluntary, statewide trade association representing over 5,400 member firms and 25,000 individuals in the housing and building industry throughout the Commonwealth.